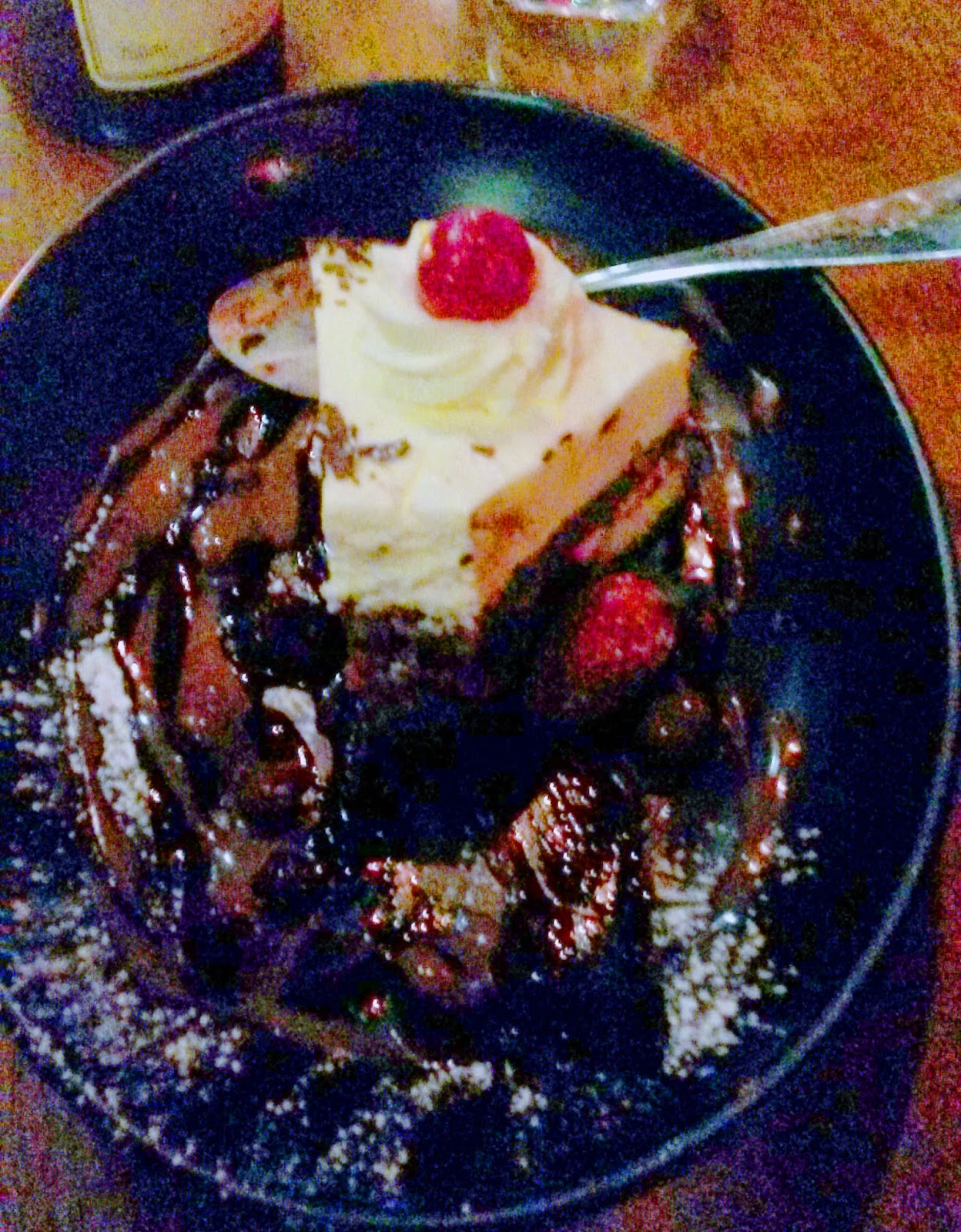 Alright. Dinner at the bavarian beer cafe in Brisbane. Not much is open on a Sunday night there in the CBD.  (But the weather is nice for a winter day, … )

Overall I can’t give the place the thumbs up, but it isn't terrible. And if u just wanna drink German beer and have a good time, you may as well enjoy and skip the rest of this review. (Assuming that’s most customers motivation)

If you after decent german food you may wanna keep reading!

“German beer cafe”… I wonder who came up with that name, but I doubt it was a bavarian. Cafes in Germany do serve beer, but mainly are hangouts for folks, with same minor or major weight problems, that also have 2/3 of their life behind them, stuffing themselves with torte and cakes. Cafes are not pub style restaurants and putting “beer” or “bavarian” in front of the name doesn't make it any better but rather more presumptuous.

So - except for marketing purposes - I really wonder if this chain has any real german (or bavarian) heritage at all.

But nevertheless, that would not be any problem at all if their food is any good.  Looking at their menu I can see some bavarian items. Again only very commonly known ones, but there are also some modern Australian dishes on the menu. (oysters, salt&pepper squid,.. what every child eats for Christmas in bavaria ;)  )

I went with goulash and Rösti for the main, listed as one of their specialities. What the menu didn’t say - and the waiter, being french, couldn't be bothered to mention that when I ordered - the Rösti are basically are a garnish, not a side. It’s like if you order a schnitzel with fries, you’d be pissed if you got a big schnitzel with 4 fries, … . So what I got was big bowl of goulash with 2 miniature Rösti, which are basically something like pan fried hash brownies in this case. In Germany a range of potato dishes can fit that description, depending on the area you are from. In any case this would not be a typical side for a goulash.

However, to compensate, I ordered two sides, which came out promptly: Blaukraut/Red cabbage and creamy potato mash, which was recommended by the waiter.

So what’s the ruling on the food: The mash was ok, not as smooth as it could be (particular for as per the menu “creamy” mash), but it was enjoyable. The red cabbage had a good flavour and was spiced quite right, but they managed to overcook it quite badly. It was more mashy than the potato mash and that’s a big mess up. A red cabbage cooked well can be such a beautiful thing. It’s also quite hard to screw up, as it takes a long time to cook. (I.e. it doesn’t overcook within a few minutes, … )

The main dish - the goulash - was again flavoured well, but wasn’t really a goulash. It was listed as one of their specialities - a veal goulash. Goulash is first of all a hungarian dish (commonly done in Germany though), but then it’s sort of slow cooked, melt in you mouth, dicy chunky pieces of meat in a dense tomato/gravy source (and I do apologies if I don’t do the real goulash justice with this description). It is also somewhat hot. (normally includes hot paprika flavours)
What I had here was tiny (for a goulash) pieces of veal, that were a bit dry, in an massive amount of source, with a bit to much cream for a goulash and not hot and any bite at all.
They do have a goulash soup on the menu, but what I had there as the actual “goulash” was quite like what I expect a goulash soup would be.

Desert: Black forest cake, the only desert with a “home made” remark on the menu: That was actually enjoyable, but wasn't the most typical black forest cake I’d say. Also for reference the back forest is not in bavaria, but this dish would be at least suitable for cafe style place in Germany,… so half way there ;).

So overall I’d say as “food” it was ok-ish, definitely not terrible. The red cabbage was sadly not eatable, the rest was a solid ok.

To be fair, they inquired how everything was and after I said “ok” they wanted to know details. I kindly explained what I thought the shortcomings were (me being German couldn't wave that off ;) ) and after that waitress spoke with the cook, they deducted the red cabbage.

I still can’t really excuse them much, cause red cabbage you cook in big bunches: Did any cook tried it at all? That was so obviously mash and not right. Who decided to serve that anyway, …. ?

Bottom line: I may come back once to see if their red cabbage is any better at other days and I may try their custom butchered german sausages and see if those are any decent. I might update this review then.

I remember trying a German beer cafe in Sydney a few years back. Me or my partner had sausages there, I think. As little as I can recall I (and that basically tells the story) it wasn’t much to remember - not terrible, but not impressive either.

So basically the place is worth it for the German beer, everything else is not that German, but you may enjoy it, but be cautious!

(PS: I am German, grown up in Germany and lived there till my mid twenties. I migrated to Australia 10 years ago. So I do know German food, but also understand the Australia food landscape reasonably well, having lived 5 years in Syndey, 5 in Melbourne, spend lot of time in Perth and recently moved to Brisbane )
Posted by Flow at 6:41 AM